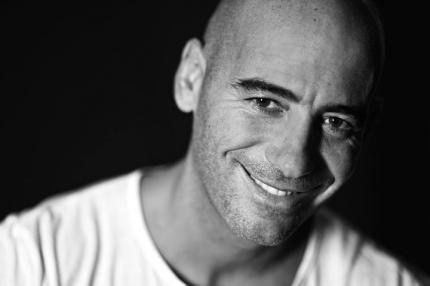 Fudge was born in 1973. His passion for music started early. As young as 16 years of age, he was organising parties in the suburbs of Paris where he was born, mixing funk and disco sounds together. It was during this time that he decided to go one step further to satisfy his curiosity and learn how music was composed: he bought his first keyboard, followed two years later by an atari and a sampler, which enabled him to experiment, composing his own original sounds. One summer in Spain, he discovered house music and was reminded of the vibes that first inspired him (funk, soul and disco). At school he met Bruno Banner &ndash; a now long standing friend &ndash; and the two got together to create their first band &lsquo;Savannah&rsquo;. In 1994, they released their first 12 inch &lsquo;Rumeurs&rsquo;. Played by Laurent Garnier, this first opus was a huge success. In 1995 the adventure continued when they signed with Universal Records, opening the door for them to work with the singer Dawn Tallman and giving them access to production equipment. By 1999, they had become part of the highly influntial wave of &lsquo;french touch&rsquo; music and launched the TROUBLEMEN with their first hit &lsquo;Do It&rsquo;, signed by Kif records. This release was to become a dance-floor anthem and quickly launched them among the most respected house music artists. From there Fudge would go on to mix in the four corners of the world (South Africa, Sarajevo, Botswana, Greece, New York, Chicago, Miami, London, Brazil&hellip; among others), his dancefloor experience enabling him to read his audience and to lead them into their most memorable &lsquo;deep pumpin&rsquo; house experience. During a long series of more than forty 12 inch releases (including over 100 tracks), Fudge collaborated with a wide range of renowned artists such as Colonel Abrams, Michelle Weeks, Rod Chezere, Many Hoffman, Blaze and many more. Always on the look out for new projects, Fudge partnered in 2004 with Edy Benromdam, percussionist and founder of the label Blockheadz. The two of them created AFROMENTO, and after releasing only two 12 inches, were already playlisted by the top DJ&rsquo;s with &lsquo;Human Waves&rsquo;. Shortly after this, they were signed by one of the top US labels SOULFURIC. Fudge has now launched his own label TEJAL RECORDS (Tejal is a female first name of Indian origin, which means &lsquo;brilliance&rsquo;). Via this label, Fudge is able to compose sounds and express himself musically without compromise. He is truly giving us the best of himself and his music clearly benefits from the multiple sources of inspiration and diverse encounters he makes, during the many trips that punctuate his life. Musician, composer, producer, arranger, remixer &ndash; Fudge is versatile. His creativity, his passion for music and his unrelenting dedication lead us to believe that we will continue to hear his name for a long time to come.