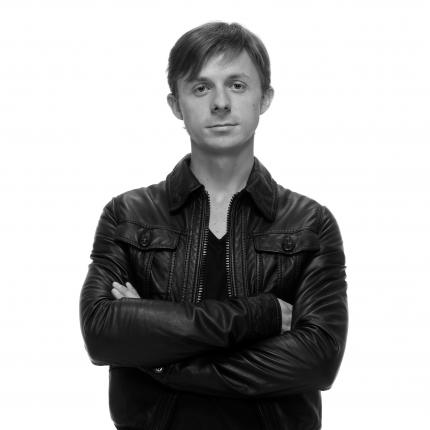 - 2001 Worked on the "Africanism" project with Bob Sinclar and DJ Gregory. Martin's track "Edony" was chosen as the first single (club no. 1 in France, Italy, Greece). - 2002 &amp; 2003 First Album "Sur la Terre" (On Earth) + remix album "Suite" (Continued) (70,000 copies sold worldwide) - 2003 Work with Salif Keita and release of "Madan" (100,000 copies worldwide + over 150 compilations) - 2004 "Rocking Music", which conquered UK audiences and was playlisted by Britain's prestige BBC Radio One (100,000 copies worldwide, club no. 1 in the UK, Australia, Italy). - 2004 5 nominations at the UK House Music Awards, including "Artist of the year" and "Single of the year" for "Rocking Music" - 2005 Release of the album, "Hedonist", and the first single, "Everybody" Award winner at the House Music Awards in the category "Most innovative producer" - 2006 Nomination to the prestigious "Victoires de la musique" for best electronic music album. Almost 70.000 sales in France (Gold) and 100 000 copies worldwide for the album Hedonist. Release of the compilation &laquo; So Far &raquo; which gathers Martin's 12 biggest successes, 3 new tracks + the best remixes and all the videos on a CD/DVD (released in France &amp; French-speaking countries). BEGINNINGS, COLLABORATION TO THE "AFRICANISM" PROJECT Martin Solveig is a focused artist, hungry for experience. His first DJ sets, a few nights on the decks of the Palace club when he was 18 inspired a passion for electronic music. As a student, he was successively resident DJ at Le Palace, Les Bains-Douches, L'Enfer and Le Queen. He set up his own label, "Mixture", and finally made his name with "Heart Of Africa", which won acclaim from influential electro players, such as Joe Clausell, Frankie Knuckles and Bob Sinclar. Sinclar asked Martin to join the "Africanism" team. The result was "Edony" (number-one spot in the French, Italian and Greek club charts). FIRST ALBUM: "SUR LA TERRE", A REMIX FOR SALIF KEITA "MADAN" A first album, "Sur la terre" (On Earth), was released in 2002 and reveals a desire to outgrow the strict frame of club music. It included "Edony" and "Heart Of Africa", as well as "I'm a good man" &ndash; first collaboration with the soul man Lee Fields &ndash; and "Linda", a jokey Afro nod to his masters, Fela and Serge Gainsbourg. This first album was a strong critical success, enabling Martin to work with international producers such as Kenny Dope (Masters At Work), Cunnie Williams, and especially Salif Keita, for whom Martin remixes "Madan", one of 2003's greatest club anthems. Thanks to this afro-disco whirlwind, played on numerous radios, compiled more than 150 times in 21 different countries, Martin's career skyrocketed. "ROCKING MUSIC" Martin decided that it was time to step back from African influences to express his uplifting disco streak. Resulting from the meeting with the singer Jay Sebag, "Rocking Music" was released in October 2004, greatly widening the artist's audience and winning over the UK public for the first time. Backed by Mousse T, Pete Tong and Erick Morillo, "Rocking Music" impacted on the 2004 Winter Music Conference in Miami, then swept across Europe on the air and in clubs (BBC Radio 1 playlisted it with high rotation). DECKS FOREVER Martin never lets his producer's cap get in the way of his DJ headgear. An artist endlessly roaming from venue to venue, he performs his music on the decks, touring clubs worldwide. In Sydney, New York, Ibiza, Singapore, Barcelona, Zaghreb, London, Lisbon, Dubai and Paris, at events ranging from a private party for Karl Lagerfeld to the open-air festival of Carthage, Martin found unswervingly enthusiastic audiences, often displaying different sensibilities. SECOND ALBUM "HEDONIST" ... This diversity of cultures and encounters along his musical path simply sharpened his desire to carry on the experience, especially in terms of writing and production. Without any real break, he embarked on a new album, "Hedonist". Over a few months, its dozen tracks of varying inspiration took shape, united by the increasingly distinctive "Solveig" production. Martin's aim on "Hedonist" was to explore the art of writing further (he penned 90% of the lyrics and music), try out new fusions (combining the energy of programmed loops with the vitality of live music, or electronic textures with classical instruments) and, above all, have a great time mixing the cocktail. "Hedonist" is to be released in France on ULM (Universal) in June, then internationally (UK, Italy, Germany, Benelux, Australia, Spain) in September 05. EVERYBODY &amp; JEALOUSY The album "Hedonist" has almost become "Gold" in France (70.000 copies), and worldwide sales approach 150 000 copies. The release of the first two singles "Everybody" and Jealousy" led to a massive club response and a really unexpected radio airplay with the support of many National networks in France, UK, Spain, Italy, Belgium (NRJ, Fun Radio, Radio FG, BBC Radio One, Galaxy, Radio DeeJay, Radio Italia Network)... SO FAR Martin is an emergent and prolific talent. In 5 years, he has already left his mark on the international electronic scene. Martin's successes, which were spread around after different collaborations and projects deserved to be gathered in order to illustrate Martin's musical thread. From "Heart of Africa" to "Rejection", the compilation "So Far" includes Martin's 12 biggest tracks with 3 new productions : "I got a woman", the cover of a Ray Charles' classic interpreted by Lee Fields (Everybody, Jealousy), "Cabo Parano", a surprising duet with a Cape Verde influence, interpreted in French by Stephy Ha&iuml;k (Dry, Black Voices) and Martin; and last but not least a remix of "Dalila" composed by the French duet Bumcello who won the French Award 'Victoires de la Musique' in 2006. "So Far" also includes Martin's latest single, "Rejection", a genuinely funky track &ndash; a nod to the master Prince &ndash;interpreted by Jay Sebag (Rocking Music). Leaving the samples to create original compositions, being a songwriter, DJ and producer at the same time, Martin almost took up his challenge &ndash; becoming a credible artist in the versatile environment of dance music.